Thy kingdom come, thy will be done on earth as it in heaven (Mathews 6:10)

We welcome you to the Enlightened Christian Gathering The Jesus Nation Church. Founded solidly on the gospel of Jesus Christ, the ECG is a global entity setting the pace in fulfilling the Great Commission of Jesus Christ. As a church without borders, ECG exists in more than 70 countries with branches, clusters and home-cells as well as online congregations that span millions bringing the message of salvation through the prophetic voice as the world prepares for the second coming of our Lord Jesus Christ..

ECG International Church was founded in 2010 by Prophet Shepherd Bushiri in a city of Mzuzu in Malawi.

Its beginnings were humble in a township called Chibanja in Mzuzu but in a year, through the prophetic grace of Prophet Bushiri, membership grew exponentially and, eventually, the church moved its headquarters to the capital, Lilongwe.

By 2012,  had already gone beyond borders establishing branches in different countries, among others, Zambia, South Africa, Botswana, Tanzania and Kenya.

In 2015, the church moved its branches to Pretoria in South Africa before, after 5 years, reverting to Lilongwe, Malawi, in January 2021. By December 2020, ECG International Church had established itself in 73 countries across all the six continents in the world. 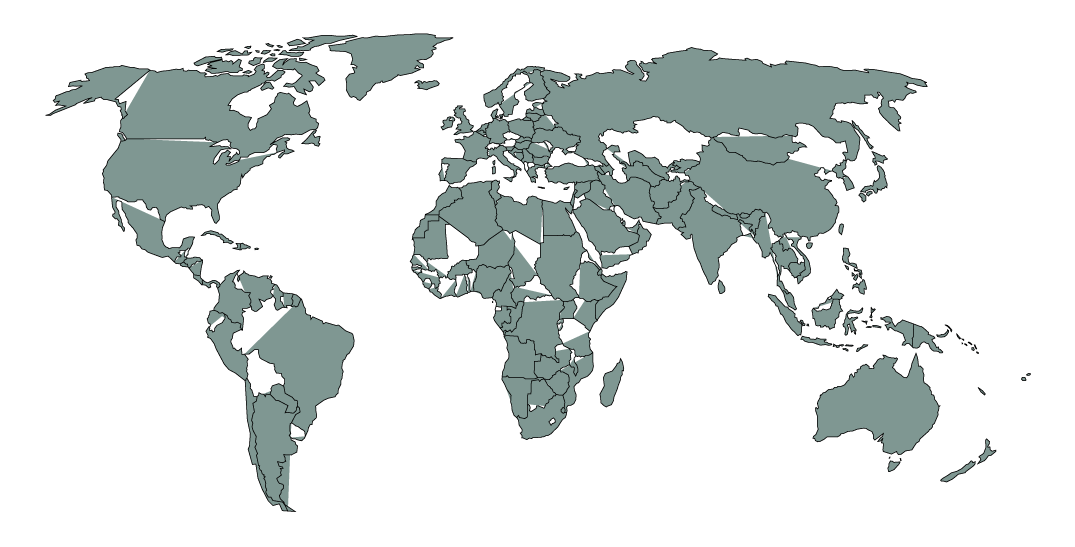 To preach the gospel to all humankind
To preach deliverance to the captives
To heal the broken hearted
To recover the sight of the blind
To set at liberty those that are bruised
To decree the prophetic year of jubilee
To plant and establish churches under the prophetic anointing agenda of God and mankind (Ephesians 4:11)
To provide Bible school trainings for leaders for leaders and ministries across the world .
To take an active role in corporate social responsibilities wherever ECG has physical  footprints.
‍

To  publish and print   Christian books that  will equip believers with the  knowledge of  God.
To provide pre-school, primary, secondary,  college and university education to the  ECG members and  communities.
To support other  religious  organisations and or  other charitable organisations in activities that  promote the   well-being of mankind, such as  helping the needy, widows and  orphans.
Training  and equipping members  with different  skills and  knowledge to become productive citizens in their  respective societies.

1.  Baby dedication
2.  Baptism in water
3.  Baptism in the Holy Ghost and speaking of tongues
4.  Christian marriage
5.  Burial of the dead
6.  Ordination of leaders & pastors
7.  Dedication of the church structures and building
8.  Salvation festival
9.  Crusade and revival
10.Prayers and fasting
11.Acts of Giving
12.Helping the needy through any form of alms.

“ECG exists to preach the gospel of Jesus Christ to the whole world, and provide the spiritual, social, educational and psychological need to the human race through the prophetic grace and anointing given by God to the Major Prophet, Dr Shepherd Bushiri (Mark 16;15)”

The Supremacy of God Almighty, who is one God eternally existent in three persons,God the Father, God the Son and God the Holy Ghost

“To be the leading, living and dynamic  prophetic church demonstrating the love, manifestation of power and compassion of Jesus Christ globally. ”Governed by Christ and led by the Holy Spirit ECG holds many values and doctrines and endeavours to lead believers into the era of global revival. The   Prophetic  movement is set to bring people out of darkness into divine enlightenment. As  such the church holds several core values which include but are not limited to:

ECG International Church has three regular weekly services namely the Monday Night DiplomaticService, the Friday Night Midweek Service and the general Sunday Service.Between 2015 and 2020, when the church had its branch headquarters in Pretoria,an estimate of about 20 000 to 50 000 people could attend the services.

Besides these normal three services, the church also hosts International Visitors Programme(IVP). The programme entails people travelling from various parts of the world to have a one-on-one spiritual moment with the Prophet. Each program brings roughly around 3000 people. However, due to COVID-19 pandemic, IVP is restrictive depending on government regulations. 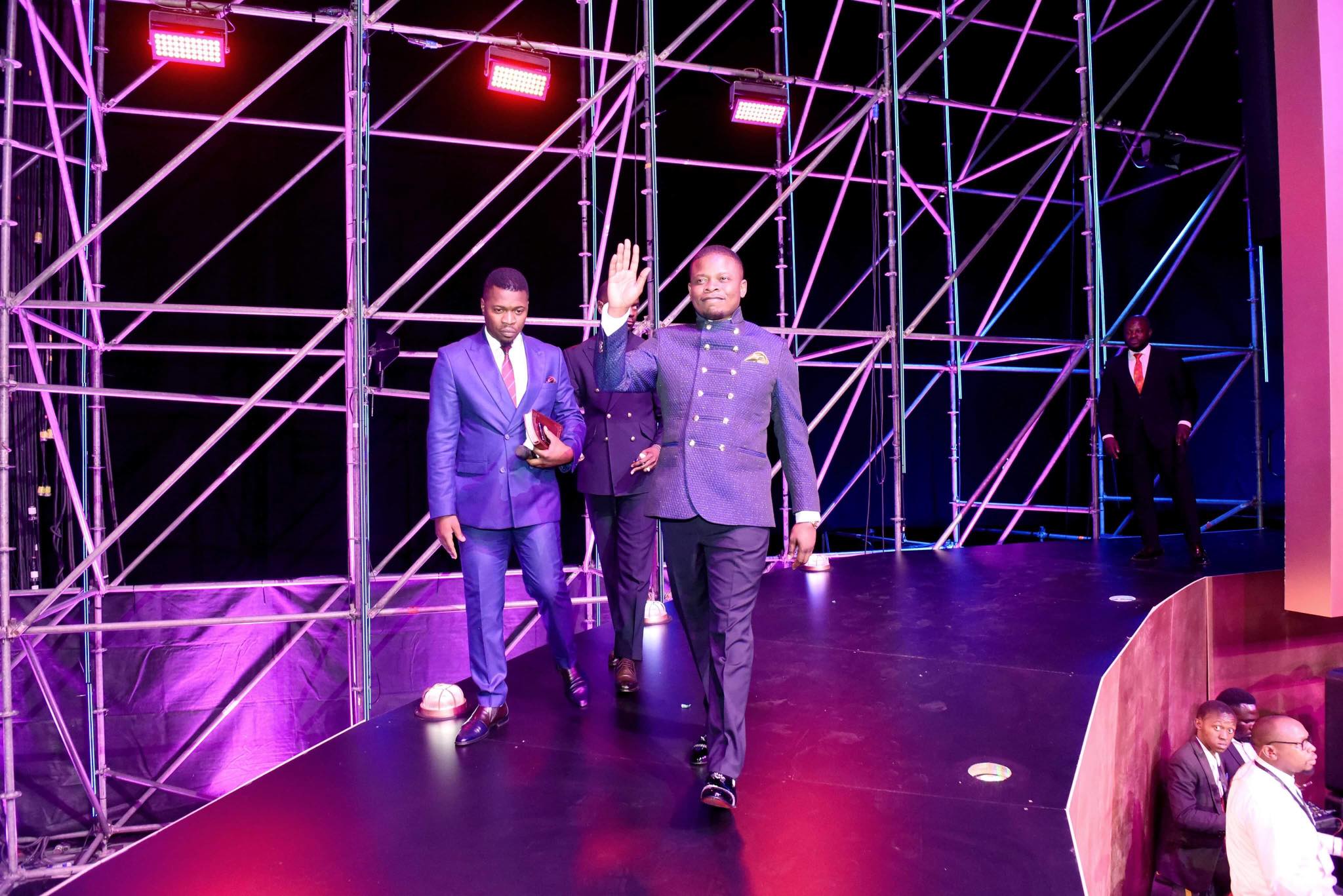 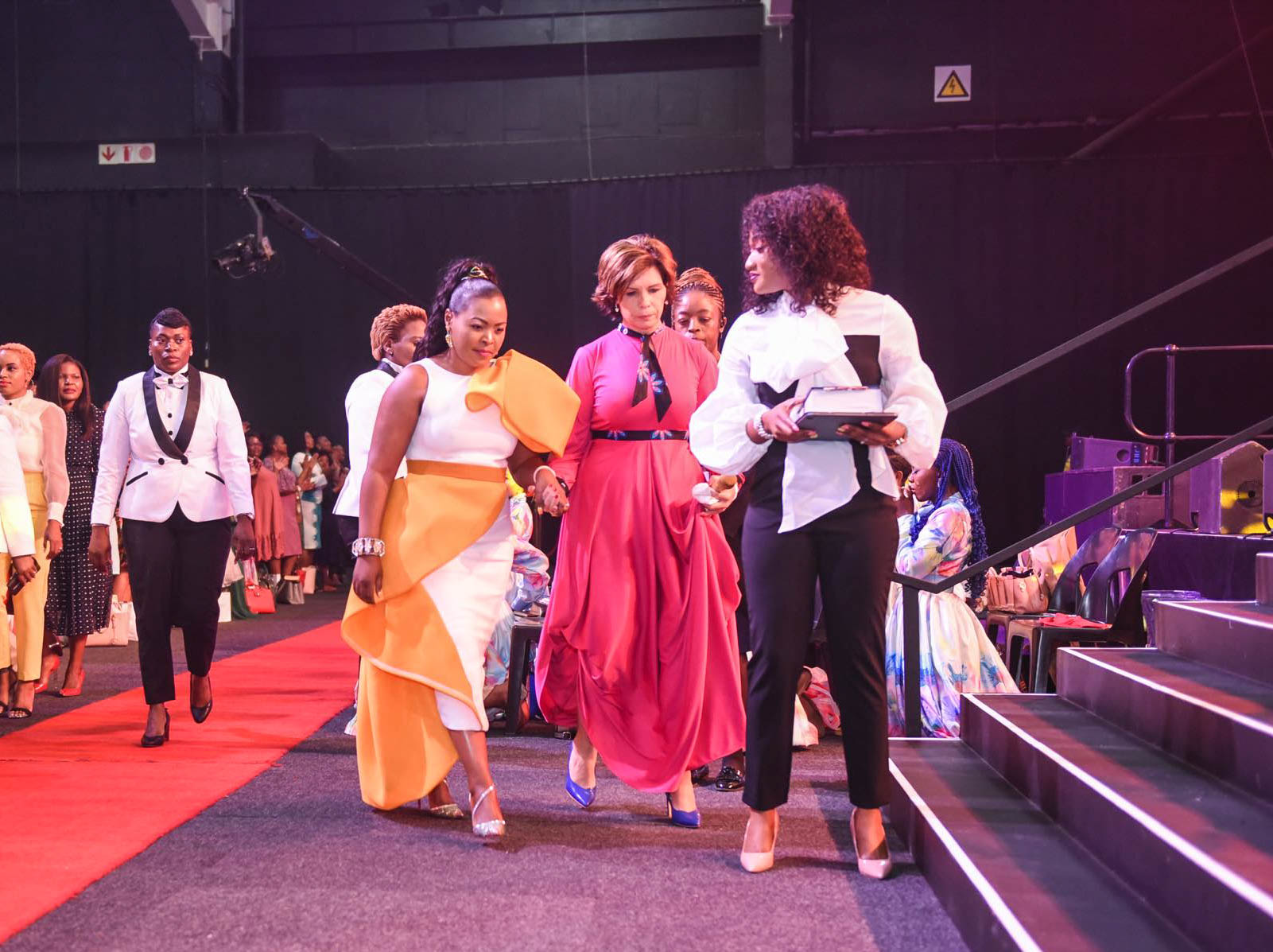 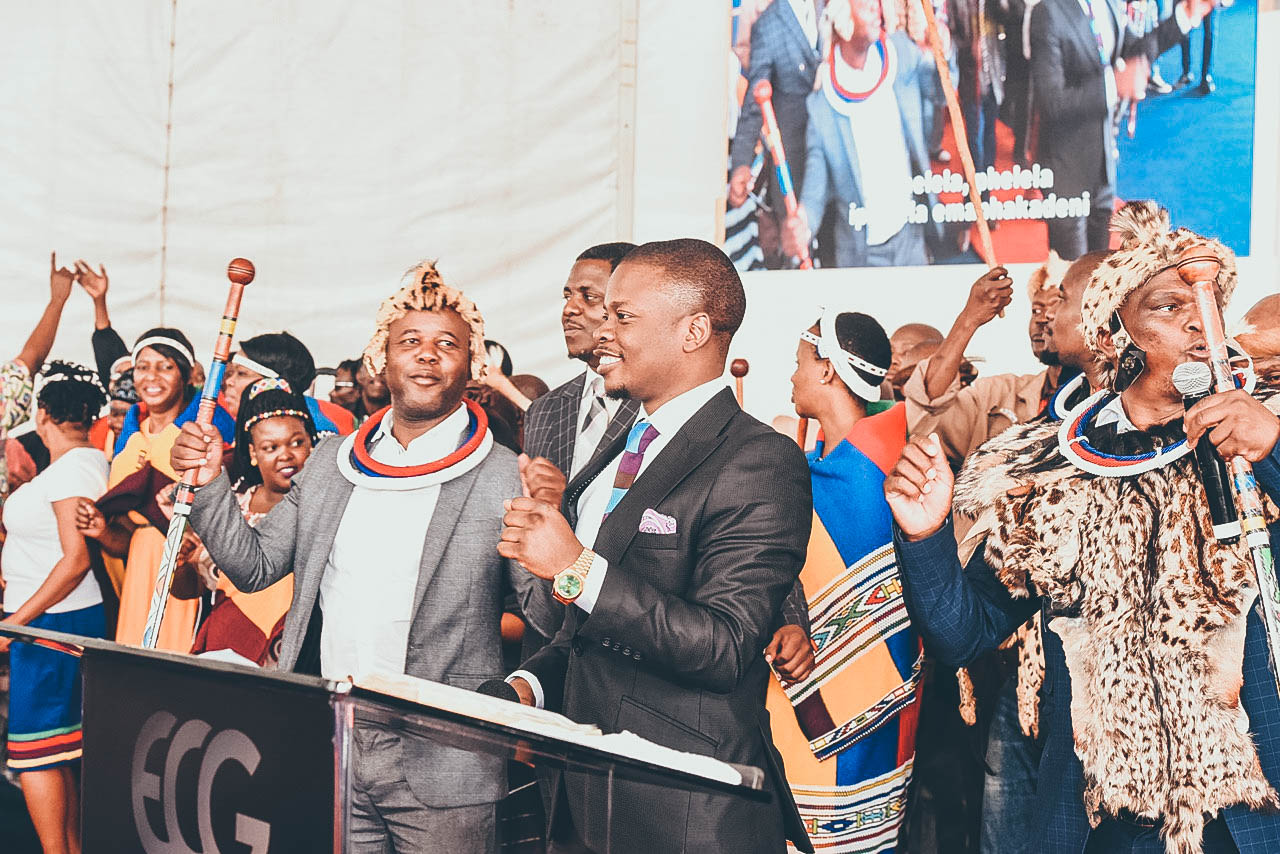 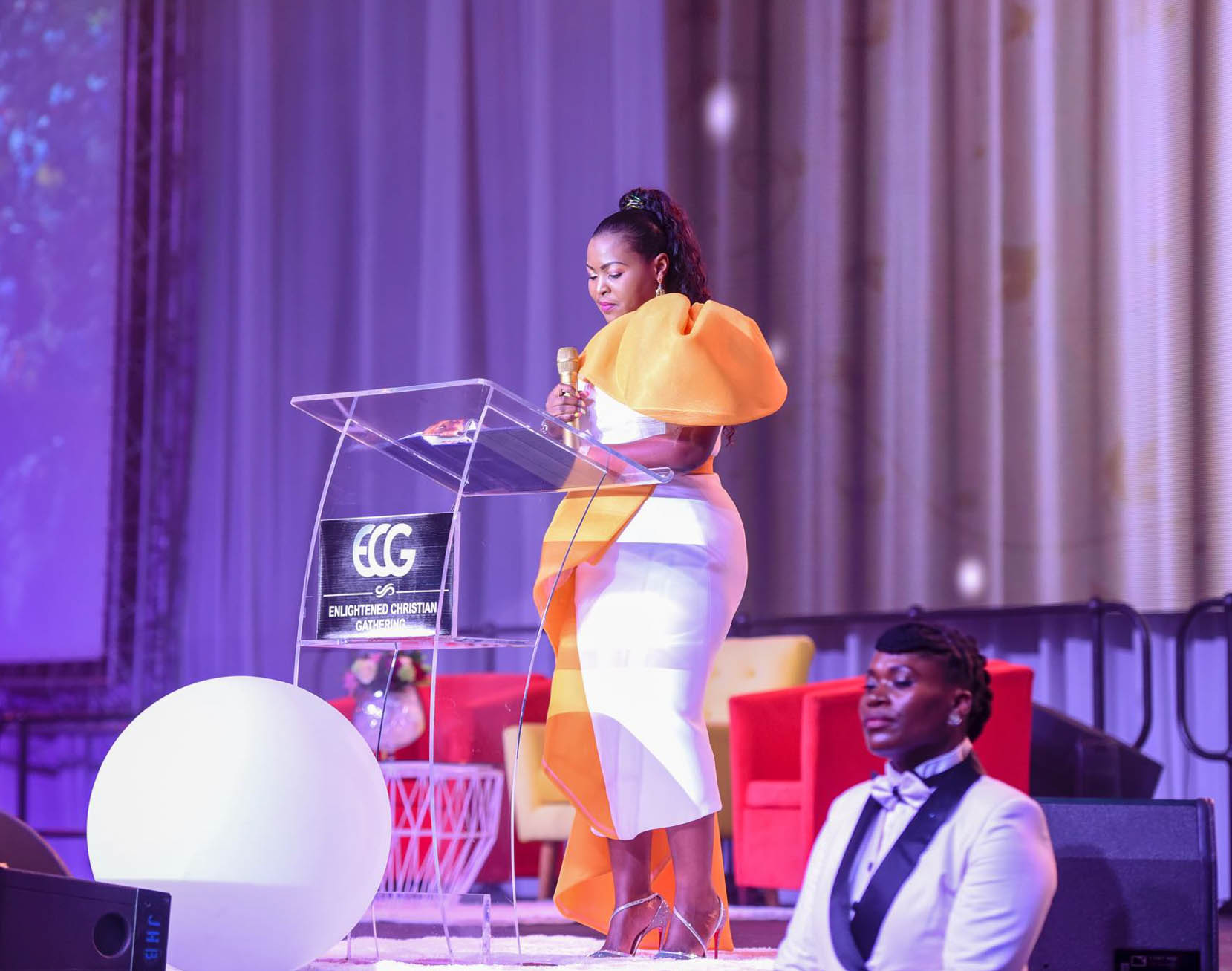 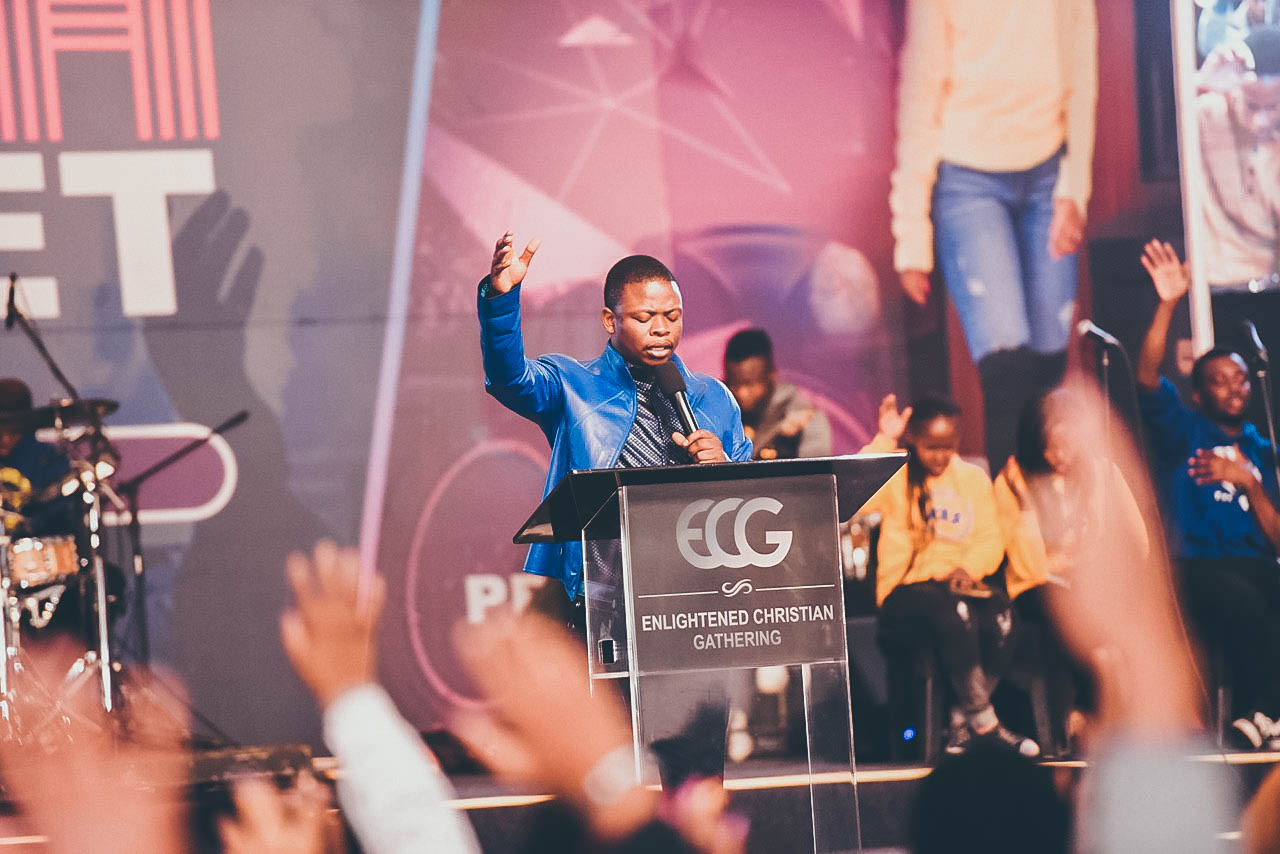 ECG International Church also hosts Crossover Night Events on 31 December every year. These are services where tens of thousands of ECG members, across 73 countries, come together to end and start a year together with the Prophet.

Between 2015and 2020, the church successfully and diligently held Crossover Nights at FNB Stadium in South Africa consistently attracting not less than 100 000 people across the world.  Due to COVID-19restrictions, the church held it’s 2020/2021 Crossover in Lilongwe, Malawi, restricted to 1500 people.

Further to this, the church also manages Global Prophetic Tours in different countries with a goal of winning souls for Jesus Christ. In these tours, the church, led by the Prophet, preaches to tens of thousands in stadiums, halls and open grounds.

In 2018, the Prophet travelled to over 10 countries and, among others, includes USA, India,South Korea, Australia, Uganda, Tanzania, Nigeria, Malawi, Zimbabwe, Kenya and different provinces of South Africa. Estimates, through church records, show that more than 3 million people gave their lives to Jesus Christ.

Due toCOVID-19, ECG International Church suspended physical church services in all its branches in 73 countries and pioneered online services. In April 2020, the church launched online services that connected over 10 million people across the world.

Though the restrictions are being relaxed with each passing day, the church’s headquarter branch in Lilongwe, led by Prophet Shepherd Bushiri, is still running online church services which air on Prophetic Channel, Facebook, Instagram, Twitter,You Tube and Major 1 Connect. Click the link to follow the services.

In terms of governance, ECG Church is registered in each of the 73 countries it operates according to the specific laws of the host nation.  All these nationally registered ECG Churches are governed by an umbrella body called ECG International Church—which has its headquarters in Lilongwe, Malawi.  Prophet Bushiri is its president and founder.

Below is the structure of the church: 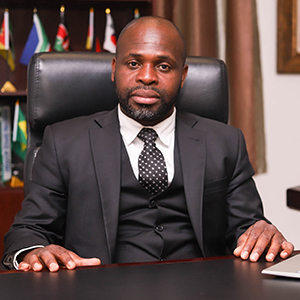 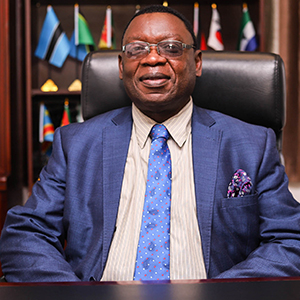 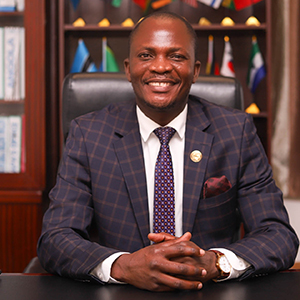 Sign up with your email address to receive news and updates

Thank you! Your submission has been received!
Oops! Something went wrong while submitting the form.